Another fifteen years have passed in history since Max's Royal Adventure and, now, Max and the children embark on another time-travelling journey that transports them back to 1666. A catastrophic event is about to befall London, changing the face of the city forever....

"Behold the city all aflame, houses blaze like rotten sticks..." 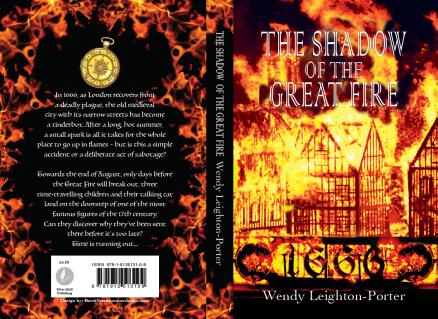 In 1666, as London recovers from a deadly plague, the old medieval city with its narrow streets has become a tinderbox. After a long, hot summer,  a small spark is all it takes for the whole place to go up in flames – but is this a simple accident or a deliberate act of sabotage?

Towards the end of August, days before the Great Fire is due to break out, three time-travelling children and their talking cat land on the doorstep of one of the most famous figures of the 17th century. Can they discover why they’ve been sent there before it’s too late? Time is running out… 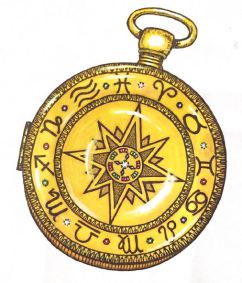 What is this? An old pocket watch, perhaps? No, but this mysterious object is something that everyone wants to get their hands on and if you want to know more, you'll find the answer in The Shadow of the Great Fire...

REVIEW FOR THE SHADOW OF THE GREAT FIRE

"This gripping novel brings to life a cataclysmic historical event in a way that is a true joy to read. The banter between the Lancelot twins, their learned little friend, Charlie, and, of course, the talking Tonkinese cat, Max, is always amusing and well used by the writer to show their very well-defined characters. And Max has, of course, his own agenda. But it all comes together. Maybe they'll not be able to prevent the fire from destroying most of London, but because of Max and his royal connection in a previous escapade, fake news can be dispelled. The author skillfully brings into her story key figures of the time, including Sir Christopher Wren, Sir Isaac Newton, Samuel Pepys, Robert Hooke, and John Evelyn... and Max's royal connection, King Charles II himself. The description of the Great Fire is beautifully handled. So vivid the reader can feel the heat of the flames. I've passed the novel on to my eleven-year-old granddaughter, a fan of the Shadows series. She'll love it, I know."