The series continues - there are still plenty more adventures to come. Where will it all end? Will the twins ever find their parents? And will Uncle Richard finally believe what the children have been telling him? Keep reading to find out what happens next...

The Shadow of the Slave Ship will be published in 2022 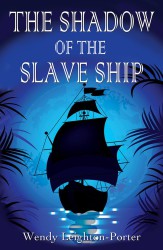 When a ship returning from the Caribbean arrives in the 18th century port of Bristol, one of its passengers, a young boy known as Cuffey, escapes from his master. Fleeing through the busy docks, the runaway slave is determined to make his way London where he hopes to find his brother but he has no idea what to do next… until he bumps into three other children who have also just landed in the city. Travellers of a different kind, this trio and their cat have journeyed not from a different country, but from another time – the 21st century.

After rescuing Cuffey from his pursuers, the time-travelling youngsters join forces with their new friend to help him in his quest, embarking on an adventure that will eventually lead them to the home of one of the most famous scholars of the age – Dr Samuel Johnson.

The Shadow of the Shifting Sands will come next 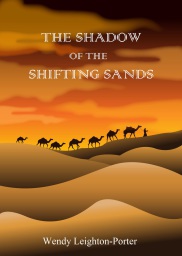 Miles and miles of nothing but sand; massive dunes like golden mountains stretch as far as the eye can see, and a heat haze shimmers beneath the punishing glare of the desert sun. This is the sight that greets four young travellers from the future when they arrive in the heart of the Rub’ Al Khali desert, otherwise known as the Empty Quarter.

But what has brought them to this inhospitable environment? Only Max the talking Tonkinese cat can answer this, for he has been here before…

Where will their quest take my young time-travellers next? One thing is for sure - each journey into the past is taking them a step closer to finding what they seek...

Meanwhile, Max has asked me to tell you that I've helped him to create his very own time-travel diary. He dictated his thoughts for me to write down and he hopes you'll enjoy reading what he has to say. Max's Diary is available on Kindle and in paperback version. Congratulations, Max! 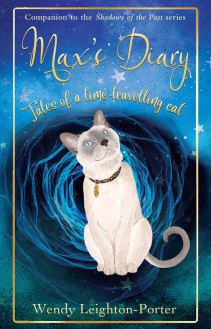