Max's Arabian Adventure is a short story which sees poor Max time-travelling all alone. His destination? The Rub' Al Khali, or Empty Quarter, the largest uninterrupted sand desert in the world - not a pleasant experience for my feline hero. 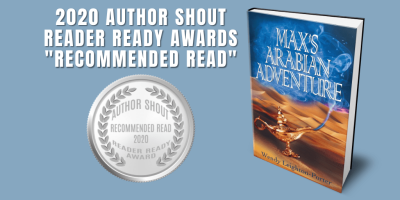 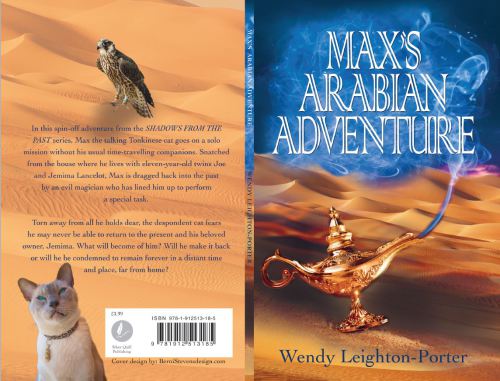 In this spin-off adventure from the SHADOWS OF THE PAST series, Max the talking Tonkinese cat goes on a solo mission without his usual time-travelling companions. Snatched from the house where he lives with eleven-year-old twins Joe and Jemima Lancelot, Max is dragged back into the past by an evil magician who has lined him up to perform a special task.

Torn away from all he holds dear, the despondent cat fears he may never be able to return to the present and his beloved owner, Jemima. What will become of him? Will he make it back or will he be condemned to remain forever in a distant time and place, far from home? 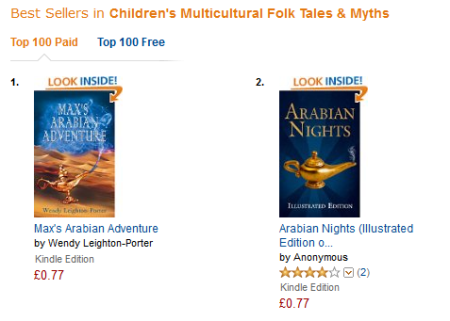 When my fellow author and friend Fiona Ingram asked if I’d be willing to write a short story for an anthology which she was putting together, my immediate response was “Of course, I’d love to”. Fiona, as well as being an extremely talented writer of children’s adventure books, is also passionate about charities which support abused and injured animals around the world. Her last project was a book whose funds would go towards helping to save an animal rescue centre in Fiji. The Poppy Project tells the heart-warming tale of a badly maimed dog which was saved from certain death by this centre and which now lives in a happy, forever home in Australia.

So, having said yes to donating a story, I wondered what I should write. The answer came almost at once. How could I possibly write something which didn’t include my favourite hero? Surely the handsome and adorable Max, my wonderful talking Tonkinese cat, was just crying out to set off on another trip into the past. Actually he wasn’t keen at all – those of you who are familiar with my Shadows from the Past series will know that Max is a rather unwilling participant in these adventures, not being the bravest of cats, and the idea of a solo mission was even scarier than usual, but my mind was made up. Sorry, Max!

"Oh no! Max has been cat-napped and dragged through time in Max's Arabian Adventure by Wendy Leighton-Porter. Max is a Tonkinese cat with the special ability to speak with other animals and people by way of a magical amulet. When a strange voice calls to a sleeping Max, he wakes to investigate. Who could it be? Jemima, Joe, and Charlie are downstairs playing quite noisily, so he knows it's not one of them. But who? As Max searches for the owner of the voice calling out to him, he finds that it seems to be coming from the large Shadows From The Past book lying on the floor. But how can that be? Usually, Joe is very careful about putting it away in its box after an adventure. Besides, one of the children would have to open it and solve a puzzle before embarking on a time traveling adventure. But, the book is on the floor. Not in the box on the shelf.
As the curious Max moves closer to the talking book, a hand reaches through the pages and instantly snatches him away from everything and everyone he loves. But what does the mysterious man want? How did he know about Max? And how could he have known to use the Shadows From The Past book to pull Max into the past? Max is scared and heartbroken. He has traveled through time enough to know that without the special key, he is lost in the shadows of time. What's worse, Jemima doesn't even know he's gone missing. Will he ever see his beloved Jemima again? Or will he forever be lost in the past?
Max's Arabian Adventure is another great spin-off story of The Shadows Of The Past series. Abducted and abandoned in the sizzling Arabian Desert, Max is hard put to find his way home and is even more confused as to why he was taken from his home in the first place. A fun solo adventure, this book is another smashing story from awesome author Wendy Leighton-Porter. Recommended for children 7-10, this book will delight anyone who enjoys adventure, unexpected friendship, and a happy ending!

I am a huge fan of Wendy Leighton-Porter. Not just as a mom, but as a reader. I have found it increasingly difficult to find books that meet my high standards of writing and had resigned myself to allowing my son to read below his reading level. Being an author, it is important to me that my son read high-quality fiction that encourages him to expand and explore his world. I also want him to understand the basics of writing, just by reading. If we allow our children to read badly written books, then how can they be expected to write or even speak any better? With that distressing thought in mind, I have scoured bookstores and libraries, searching for books that would engage him. Sadly, I have found few books that qualify. I have found that most current children's fiction books have become simplistic and vapid, causing children's interest in learning and reading to actually decelerate.
I wanted a book series that is both educational and interesting. As most books are below his reading level, my son thought he hated reading. He found most books for his "reading age" to be tedious and boring. After reading the Shadows From The Past series, I was relieved and thrilled! My son loves the characters, the history, and the adventures, and easily gets lost in the story. I confess that, with the author's lively writing style and ability to weave such fascinating stories with such lovable characters, I have been known to sneak off and read one or two of her books myself! Max is an endearing cat and his family is unique and special. We can hardly wait for the next installment in the Shadows Of The Past series! If you are looking for a series that will engage your child while enhancing their reading, vocabulary, and accurate knowledge of history, then I recommend the Shadows Of The Past Series, and Max's Adventures, the spin-off series starring our beloved Max."