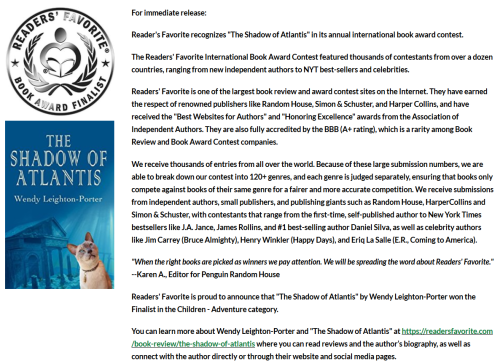 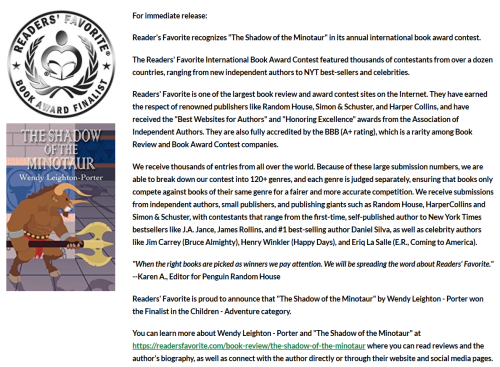 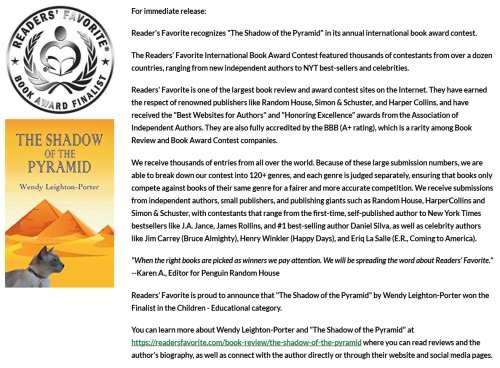 See my SHADOWS OF THE PAST board on Pinterest

You can also find my author page on Facebook by clicking on the icon below: 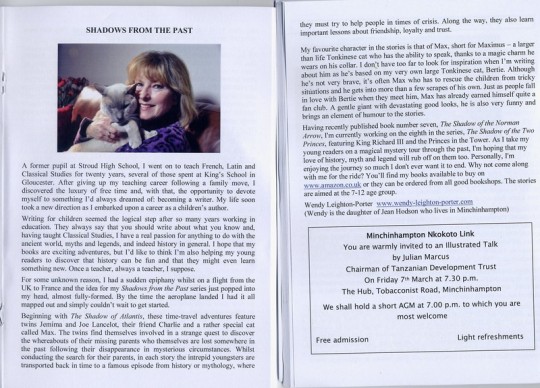 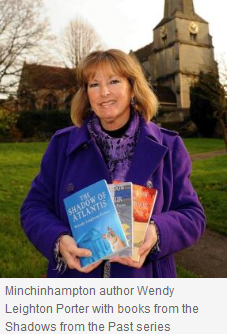 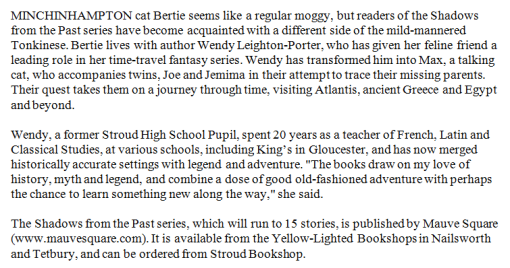 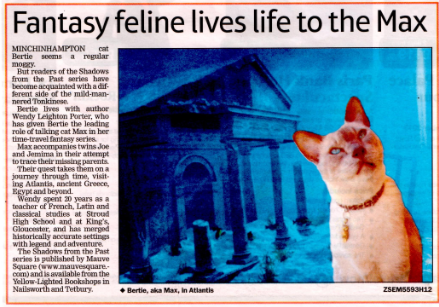 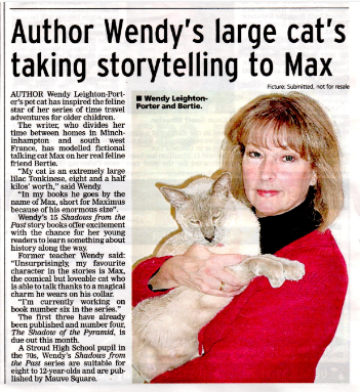 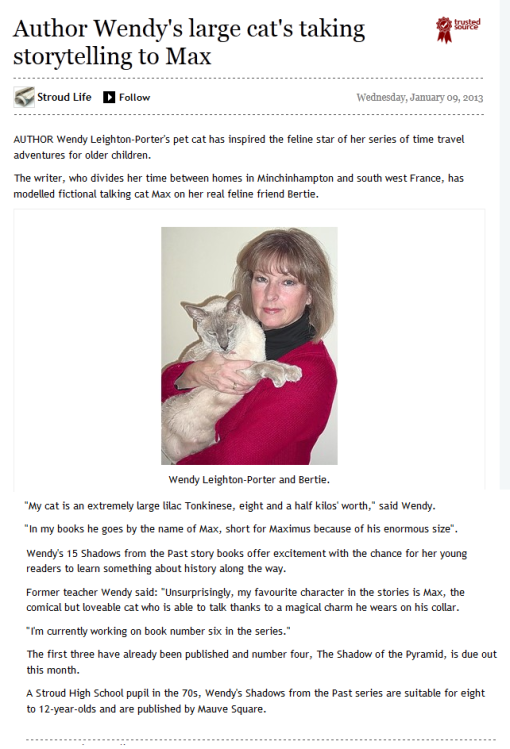 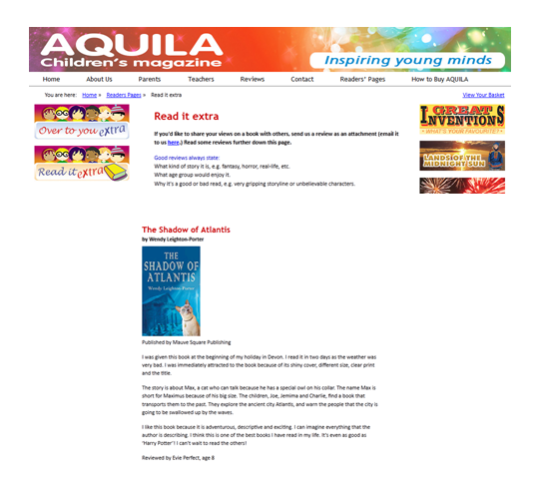 "I was given this book at the beginning of my holiday in Devon. I read it in two days as the weather was very bad. I was immediately attracted to the book because of its shiny cover, different size, clear print and the title.

The story is about Max, a cat who can talk because he has a special owl on his collar. The name Max is short for Maximus because of his big size. The children, Joe, Jemima and Charlie, find a book that transports them to the past. They explore the ancient city Atlantis, and warn the people that the city is going to be swallowed up by the waves.

I like this book because it is adventurous, descriptive and exciting. I can imagine everything that the author is describing. I think this is one of the best books I have read in my life. It’s even as good as ‘Harry Potter’! I can’t wait to read the others!"

Thank you, Evie. That is such a lovely review! I'm so glad you enjoyed The Shadow of Atlantis and hope your comments will encourage other children to read the book too. 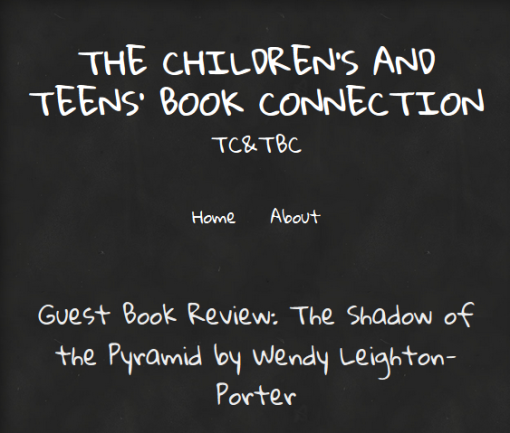 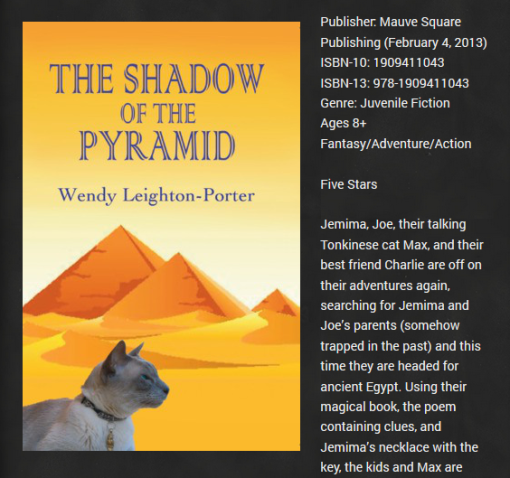 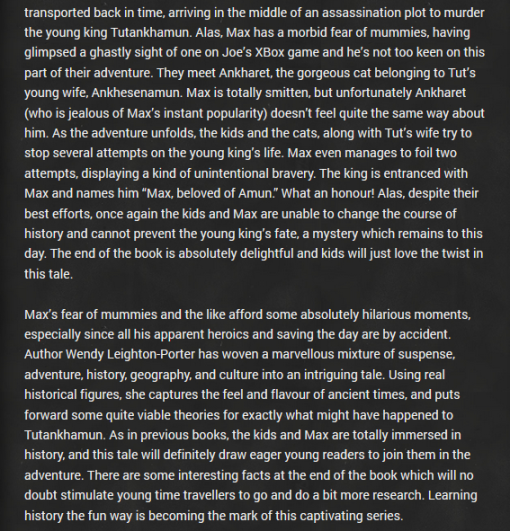 Review on the Children's and Teens' Book Connection: 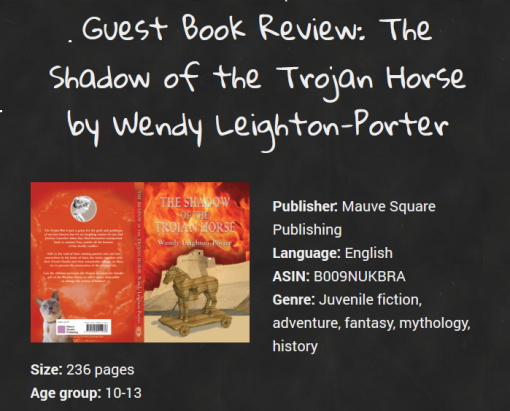 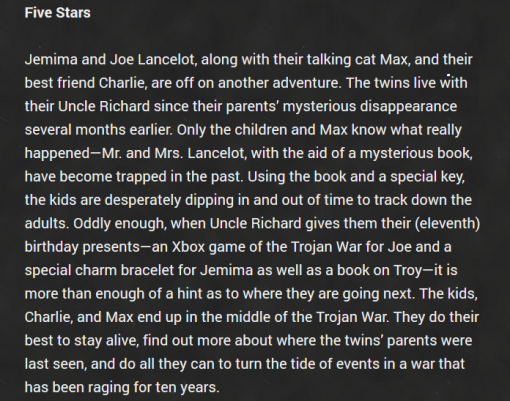 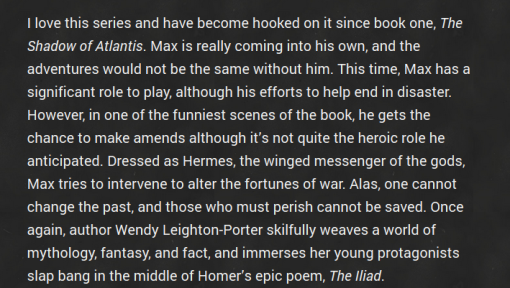 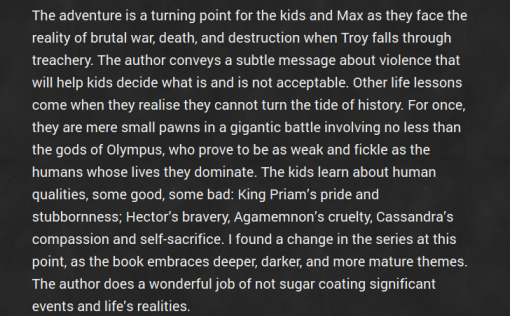 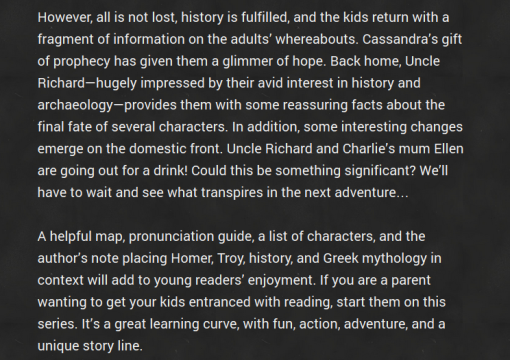 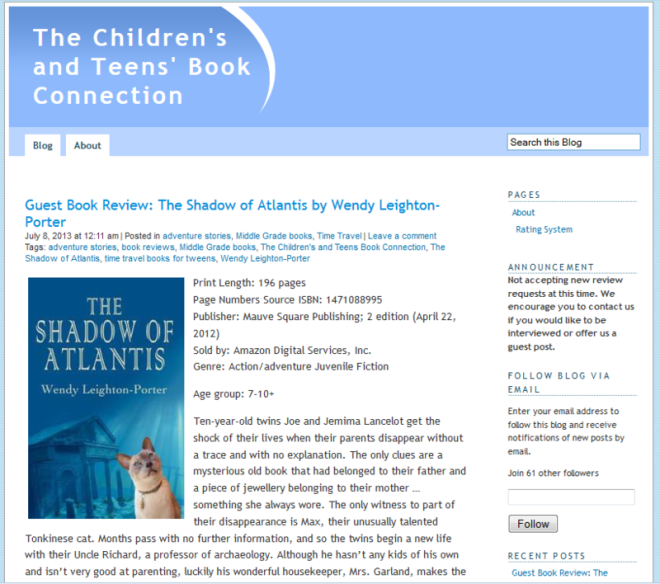 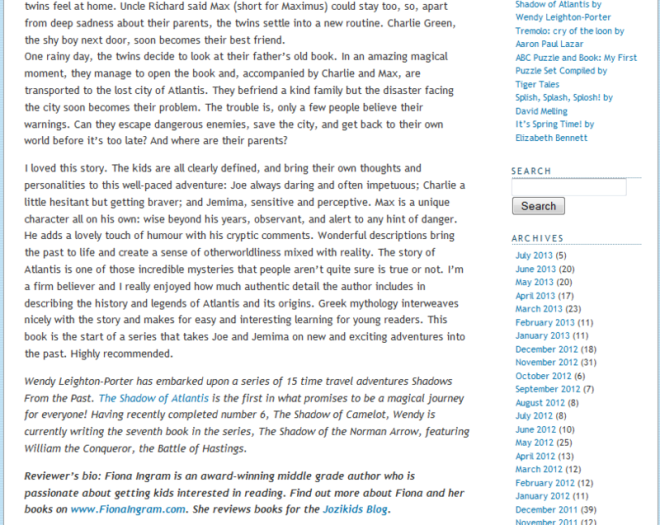 All of my books are now being advertised on a website called eWords4kids, which is a directory of children's books. You'll be able to find them at www.ewords4kids.com 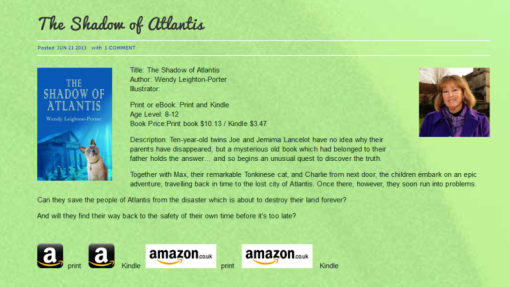 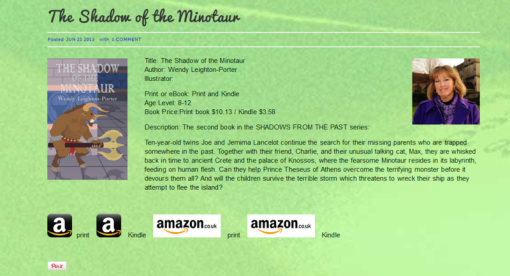 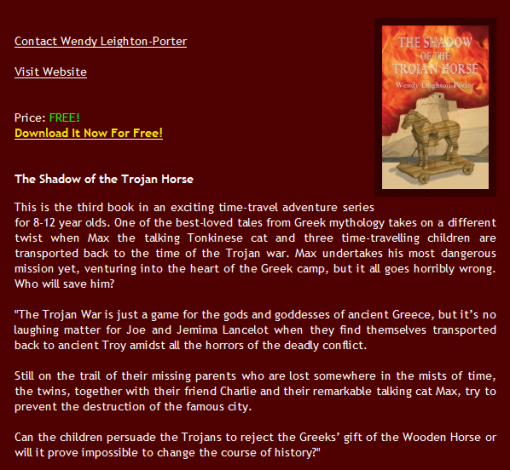 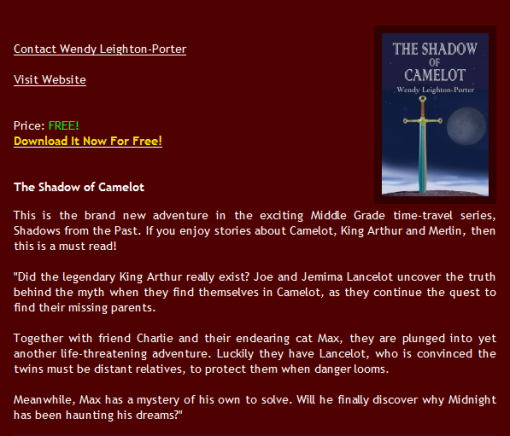 The Shadow of the Pyramid featured on the Mother Daughter Book Reviews website in March. 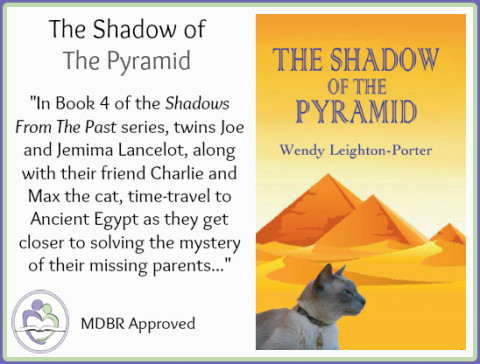 The Shadow of Atlantis featured on the Mother Daughter Book Reviews website in June - there is a great review for the book on there! 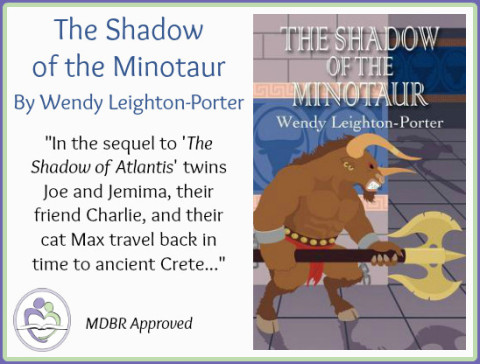 The Shadow of the Trojan Horse was also promoted on the Mother Daughter Book Reviews website in July.

The Mother Daughter Book Reviews website is focusing its spotlight on The Shadow of the Volcano in September.

The Shadow of Atlantis is also featuring on the following website which advertises books for the Middle Grade age group: www.mablesy.com

This website recommends newly-released Ebooks for children. The Shadow of the Trojan Horse featured on there in October 2012.