The Shadow of the Trojan Horse

The ancient city of Troy is the setting for the third adventure in the series. The famous war between the Greeks and the Trojans has been dragging on for ten long years. Surely it must end soon? The children and Max do their best to rescue the Trojans from the awful fate which awaits them. Max even undertakes a life-threatening mission into the enemy camp to help matters along, but his brave attempt goes horribly wrong and his life hangs in the balance. Who will save him?

"It started with an apple and ended with a horse ..." 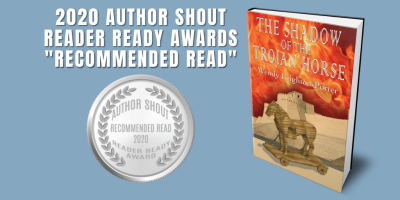 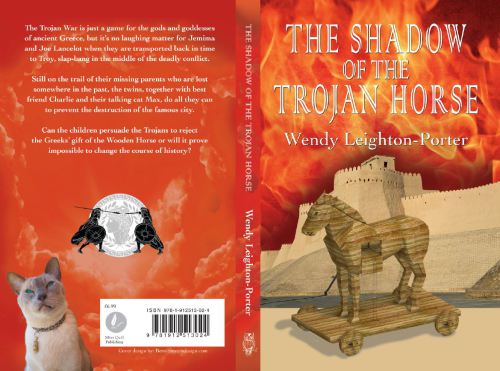 The Trojan War is just a game for the gods and goddesses of ancient Greece, but it’s no laughing matter for Joe and Jemima Lancelot when they find themselves transported back to ancient Troy, amidst all the horrors of the deadly conflict.

Still on the trail of their missing parents who are lost somewhere in the mists of time, the twins, together with their friend Charlie and their talking cat Max, do their best to prevent the destruction of the famous city.

Can the children persuade the Trojans to reject the Greeks’ gift of the Wooden Horse or will it prove impossible to change the course of history? 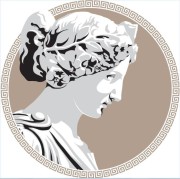 In July The Shadow of the Trojan Horse made it to the NUMBER ONE slot in the bestseller list for Children's Kindle books on Amazon.com! 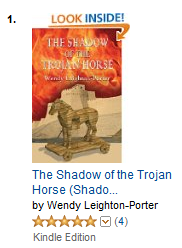 Review for The Shadow of the Trojan Horse

"Wendy Leighton-Porter's time-travel adventure fantasy for children, The Shadow of the Trojan Horse: Shadows From the Past, Book Three, is a fascinating and action-packed historical fiction novel that finds Jemima, Joe, Charlie, and Max in Troy in the final days of the endless conflict between the Trojans and the Greeks. While this is the third book in the Shadows From the Past series, the author provides enough background information to allow this volume to be read on its own. That being said, I'm fairly sure that anyone else who reads this novel will be as interested in reading the first two volumes as I am. The Shadow of the Trojan Horse educates as it entertains, and I loved watching as the time-travelers interacted with Cassandra and the other Trojans, and worked with them to try to find an alternative solution to their plight. Along the way, Joe, Charlie, and Jemima get an up close and personal look at war: the brutality and blood, and the inevitable loss of life, and find it very different than they previously had thought, based on games, shows and books. The Shadow of the Trojan Horse: Shadows From the Past, Book Three has a grand plot and is beautifully written, and it's most highly recommended."