The Shadow of the Volcano

Max and the children find themselves in the ancient city of Pompeii in the year 79AD and something terrible is about to happen...

"The mountain cracks and spews out fire, 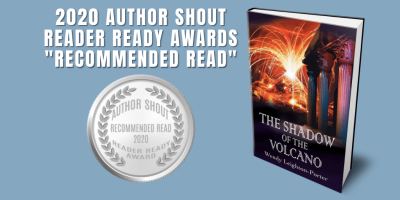 WINNER OF THE BRONZE MEDAL FOR CHILDREN'S EDUCATIONAL FICTION 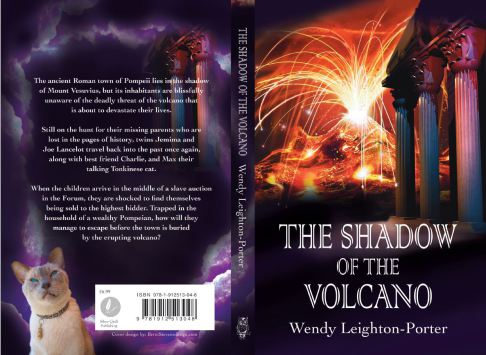 The ancient Roman town of Pompeii lies in the shadow of Mount Vesuvius, but its inhabitants are blissfully unaware of the deadly threat of the volcano that is about to devastate their lives.

Twins Joe and Jemima Lancelot, still on the hunt for their missing parents, travel back in time to the year 79AD, accompanied by friend Charlie, and Max their Tonkinese cat.

Arriving in the middle of a slave auction in the Forum, the children are shocked to find themselves being sold to the highest bidder. Trapped in the household of a wealthy Pompeian, how will they manage to escape before the town is buried by the erupting volcano? 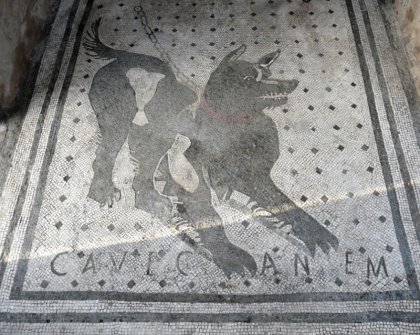 In September The Shadow of the Volcano reached the NUMBER ONE slot in the  Kindle charts for children's historical fiction on both Amazon.com and Amazon.co.uk. 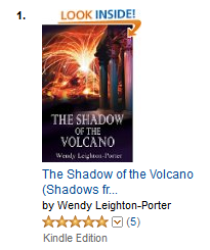 Review for The Shadow of the Volcano

"Wendy Leighton-Porter's historical adventure novel for children and preteens, The Shadow of the Volcano: Shadows From the Past, Book Five, finds the time-travelers in Pompeii, and seeing the doomed city and its inhabitants just days before the eruption is poignant and moving. While this is book five in Leighton-Porter's Shadows From the Past historical series, each of these books is complete and can be read as a stand-alone novel. I was fascinated by the historical aspect of this work as I was not all that familiar with Pompeii, aside from the tragic images taken after the town was rediscovered. The author breathes life anew into Pompeii, showing the likely culture one would have found there at that time in history. She also addresses the issue of slavery in an upfront and personal way by having her characters experience it first-hand. The Shadow of the Volcano: Shadows From the Past, Book Five is a thrilling and exciting read, and it's most highly recommended."