The Shadow of the Two Princes

What do you know about King Richard III? Read Max's latest adventure and find out what happened when Jemima, Joe, Charlie and Max arrived at the Tower of London in the year 1483. 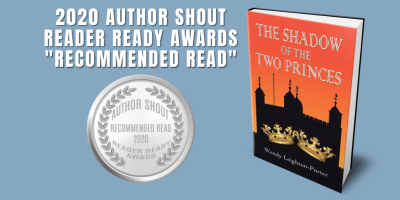 Shortlisted in the top 5 for the 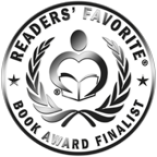 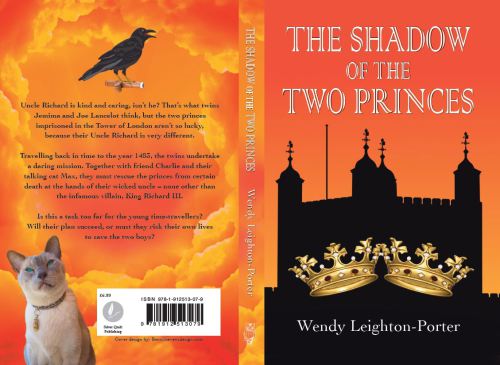 Uncle Richard is kind and caring, isn’t he? Well, twins Jemima and Joe Lancelot think so, but the two princes imprisoned in the Tower of London are not so lucky, because their Uncle Richard is very different.

Travelling back in time to the year 1483, the twins undertake a daring mission. Together with friend Charlie and their talking cat Max, they must rescue the princes from certain death at the hands of their wicked uncle – none other than the infamous villain, King Richard III.

Is this a task too far for the young time-travellers? Will their plan succeed, or must they risk their own lives to save the two boys?

Who is this? Friend or foe? The raven does look a bit scary and something tells me Max might be a little afraid of him ...

Review for The Shadow of the Two Princes

"Follow Max, Joe, Jemima, and Charlie as they travel back to 1483 London in The Shadow of the Two Princes by Wendy Leighton-Porter. Jemima hears strange voices in the night, pleading for her to help save them from their evil Uncle Richard. At first, Jemima thinks that they are talking about her uncle and it frightens her. Why would Uncle Richard want to kill her and Joe? Then, the voices tell her that they are trapped in a tower and their uncle plans on killing them. Were the voices just an awful dream? Max didn't hear the mysterious voices. Maybe it was just a dreadful dream. But Jemima is certain that the young boys she'd talked to were more than a scary dream, like Joe says. She is certain it was a plea for help sent through the reaches of time, calling them on a mission that could change the course of history. It takes her a while to convince Charlie and Joe that she really did hear voices, until something exciting happens that changes their minds. Join the young time travelers on another exciting adventure as they search for two princes that disappeared over five hundred years ago. Can they, with the help of a kindly doctor, his servant, and an unlikely new friend change the course of history? Or will they perish in the effort to protect and save the two young princes? Will Jemima and Joe find their missing parents before they die in the past? The eighth book in The Shadows Of The Past series, The Shadow of the Two Princes is a must-read!

I loved reading The Shadow of the Two Princes by Wendy Leighton-Porter. Like the other adventures featuring Jemima, Max, Joe and Charlie, this book was filled with adventure, rich in history, and packed with excitement. I could hardly put the book down! I love how the author introduces history in a way that is so subtle children won't even realize that they are learning. I was thrilled to see that in this book they went to London close to the time of the War of Roses. I had struggled to understand what the War of The Roses was about when learning it in school. For some reason, it just didn't "click." So when the author explained it so simply, I wanted to hug her! She strips away all the political mumbo-jumbo and gives the reader the bare facts and then builds on them in a way that helps the reader learn while going on a historical adventure.

In the back of the book, the author clearly states what is fact and what she made up for her story, including the history behind her factual characters, so that there is no confusion for the reader. As a parent, when my children read I want them to know whether the stories are real or made-up. As a child, I would get frustrated with a historical fiction book that would twist history for the sake of the book, and then not tell the reader what was real and what was "poetic license." Wendy Leighton-Porter writes beautifully and creates exciting story worlds without altering history. I cannot recommend The Shadows Of The Past Series enough! The author has written the books in a way that also makes them an excellent teaching resource. I would recommend this book for children ages 7-12. It is a chapter book with beautiful historical pictures as reference."

(I really love your books! I am looking for the rest of the series to read with my second grader! Entertaining and educational, how can I go wrong? I would definitely recommend your books to anyone interested in helping their children learn history. Or anyone at all!)