The Shadow of Atlantis

The first book in the SHADOWS OF THE PAST series. This is where it all starts. This is where the mystery begins - a mystery which will soon turn into a magical journey, a quest to unlock the secrets kept hidden by a rather strange old book bearing the title "Shadows of the Past".

"A fabled city lost to time, a distant place we can't recall ..." 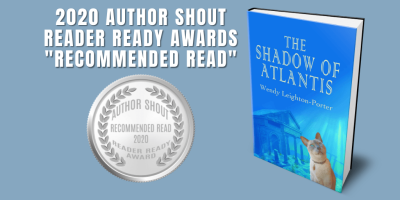 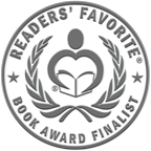 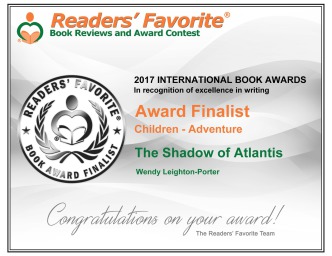 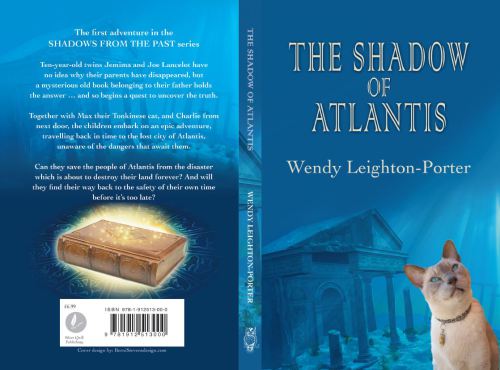 Ten-year-old twins Joe and Jemima Lancelot have no idea why their parents have disappeared, but a mysterious old book belonging to their father holds the answer … and so begins a quest to uncover the truth.

Together with Max their Tonkinese cat, and Charlie from next door, the children embark on an epic adventure, travelling back in time to the lost city of Atlantis, unaware of the dangers that await them.

Can they save the people of Atlantis from the disaster which is about to destroy their land forever? And will they find their way back to the safety of their own time before it's too late?

What it’s About:  The Shadow of Atlantis is the first book in a series featuring 10 year-old twins Joe and Jemima, their friend Charlie, and the talking Tonkinese cat, Max.  We first meet Joe and Jemima when they go to live with their Uncle Richard after their parents’ mysterious disappearance.  When their friend Charlie comes over for a visit, they stumble upon their parents’ most prized possession in an old wooden chest in the attic:  an ancient book titled Shadows of the Past.  To unlock its magical powers, the children must first solve a riddle and when they do, they find themselves (and Max) whisked away to the past in the mythical city of Atlantis.

Soon, the friends find themselves warmly welcomed by a family in Atlantis, but not everyone is so keen on accepting these mysterious strangers within their midst – - especially when they begin to prophecize about the destruction of their beloved city of Atlantis.  Will Joe, Jemima, Charlie (and Max) be able to convince their new-found friends to leave their home before Atlantis is submerged forever?

My Thoughts:  Wendy Leighton-Porter has written a fantastic series of books (i.e., Shadows Of the Past) filled with mystery, suspense, and adventure.  If you’ll recall, we helped to promote the fourth book in the series, The Shadow of The Pyramid back in March.  The Shadow of Atlantis is the first book in a series of 15 planned stories that all involve time-travel to historically relevant eras and/or locations including Atlantis, ancient Greece, ancient Egypt, Arthurian times, among others.  In each story, the children travel back and encounter the people of that time (sometimes legendary – King Tut for example) and based on their knowledge of historical events (e.g., the destruction of Atlantis) attempt to change the course of history by helping out new friends.

In this first book, the stage is set for the larger plot line that is threaded throughout and underlies all the books in the series; namely, the mystery surrounding the disappearance of Joe and Jemima’s parents.  In each book, the twins discover that their parents had previously visited the same location.  In Shadow of Atlantis, they are referred to as the other strangers who also foretold of the destruction of Atlantis.  Thus, the mystery that underlies all the books consists of determining the following:  a) What happened to the parents? b) Where are they currently? c) How can they return to the present?  Each book brings the children one step closer to solving the mystery.

I found the books to be reminiscent of Mary Pope Osborne’s Magic Tree House books.  In those books, the kids also travel back in time to historically important times and places.  Also, they usually had a task to complete or a mystery to solve.  One mystery or task was completed within four books (in most cases).  The Shadows of the Past series has a similar feel.  The children also travel back in time to specific and infamous locations and eras and they also have a mystery to solve, but it will (I think) take the 15 books to finally solve it.  I like the way the books are stand-alone as well as tied together.  It definitely makes me want to read the next book too!

The main characters in the book, twins Joe and Jemima, are very likable and believable.  It was easy to immediately connect with them and feel compassion toward them because of the loss of their parents.  Add Charlie, the good-natured next-door neighbor and Joe’s best friend, along with Max, the wise and beautiful (but perhaps a bit scaredy) talking Tonkinese cat who witnessed the disappearance of Joe and Jemima’s parents and I feel like this was a solid collection of main characters that I would want to keep reading about book after book.  That being said, I feel like their development could be fleshed out a bit more and perhaps this will occur over time in the next books.

I really appreciated how the author incorporated her knowledge of the history of Atlantis and ancient Greece within the story.  She did a great job of including little snippets of information which contributed to the educational value of the story.  For example, Varna, the little girl that our main characters encounter in Atlantis, acts as a tour guide and describes the lay of the land in the following way:

‘From up up here there’s a fantastic view down over the city,’ said Varna with a sweep of her hand. ‘The palace is built on the “acropolis”, which is what we call the highest part of the town.  We’re surrounded by the sea, but you can also see our fields and vineyards. We’re lucky that crops grow easily here and anything we can’t produce ourselves we buy from the traders’ ships.’

Through this short paragraph, we learn the definition of the word “acropolis”, we learn about the geography of that part of the world and we gain insight into the way of life for those living in ancient Greece.  These types of passages are scattered throughout the book.

I do have to comment on the cover image as well as ALL of the covers in the Shadows of the Past series.  They are so beautiful and eye-catching!  I just love them and I’m immediately drawn to the book because of the covers.  So, I don’t normally do this, but I do want to give a shout-out to Berni Stevens who designed all of the book covers in the series.  Check out her website.

My Bottom Line:  Shadows of Atlantis is a well-written story with a collection of likable main characters, a solid plot line, snippets of educational facts about a historically important location and event, and, is filled with mystery, magic, and suspense.  This book grabbed me at the prologue and had me hooked until the end.

Who Would Like This Book?  I think anyone who loves reading about time-travel, loves learning about cultures from other time periods, and loves a good mystery will easily get hooked into this series.  I would also suggest that if you are a cat lover, you will also fall in love with Max.  Ages 8+