This is Max's fifth solo escapade. A Hallowe'en adventure is bound to be a scary experience for the large Tonkinese cat, but it might not be quite what you're expecting... 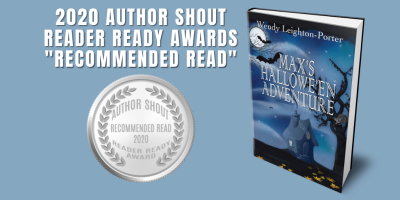 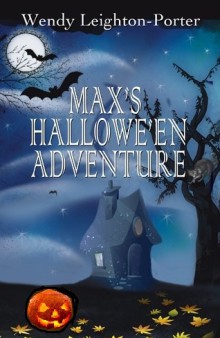 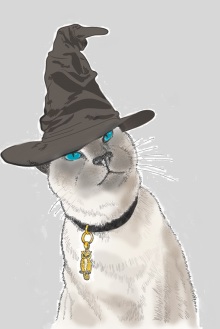 In his fifth solo mini-adventure, Max the talking Tonkinese cat, the feline hero of the SHADOWS OF THE PAST series travels back in time to the mid-seventeenth century. He doesn’t understand how this has happened until he recognises his surroundings and realises it isn't the first time he’s been to this place. Why has he been brought to this tumbledown cottage in the middle of nowhere? All is about to be revealed…

"It is a pleasant afternoon until something upsets Max the talking Tonkinese cat's life again! Max's Hallowe'en Adventure by Wendy Leighton-Porter is a spine-chilling middle grade short story featuring Max, hero of The Shadows Of The Past Series. In this fifth installment of Max's spin-off adventures, Max stumbles into another time and place. Not always the bravest of cats, Max can be rather reluctant to participate in anything that may involve water, running, jogging, or any sort of danger. Therefore, it does not bode well for Max when he finds himself at the mercy of a most terrifying person; a witch! Or is she? Max is confused. He doesn't know where he is, or why he is there and the woman that has summoned him has even befuddled his special owl amulet that can translate all languages including human/cat. This nightmare becomes even more intense when Max and a new friend find themselves the target of a malevolent man with a most horrifying agenda; to rid the surrounding areas of witches and sorcery! How has Max come to be so far away from home and his own time? Will he discover his mission before he becomes kindling?

Max's Hallowe'en Adventure (Max's Adventures Book Five) by Wendy Leighton-Porter is a hair-raising Halloween adventure short story complete with witches, cauldrons, and spooky black cats. Fans of Max the talking Tonkinese cat will be thrilled and chilled with this eerie episode. Written as a tie-in for its sister series, The Shadows Of The Past, this book will have any young reader entwined in the turbulent times of the Salem Witch Trials when neither humans nor cats were safe. This story is the enticing prequel to the upcoming Shadows Of The Past story, The Shadow of The Witchfinder; another awesome, historically accurate adventure that is certain to keep any young reader spellbound to the last page. With its edge of the seat action and tantalizing conclusion, this book is certain to have even the most reluctant readers begging for the next installment! As an avid fan of Ms. Leighton-Porter's books, I found that this newest story does not disappoint. I love how the author recounts the origins of Halloween and weaves a tragic part of history into such a fascinating tale, giving the reader a delicious morsel of what is to come. I appreciate how the author takes the time to explain history at the end of her books and encourages young readers to do their own follow-up studying. I would recommend this book for readers that love adventure, action, and Halloween."

"It was the loveliest summer afternoon, perfect for a relaxing snooze... especially for a cat. Max was in the middle of a most pleasant dream involving being fed strips of smoked salmon by a very pretty girl when he smelled smoke! Smoke? Gasp! That meant fire! Fire? That meant danger!!! Maybe lives must be saved. Where was everyone? He had to save the book, the book that had started the whole series of adventures, with the twins’ parents becoming lost in the mists of time, trapped in the pages of history. He couldn’t let the book be destroyed, because then Mum and Dad would be gone forever. However, when he plunged (not very) bravely into the smoke, he found himself back in the past, in 1644 to be exact, and he just knew that somehow this involved another very uncomfortable adventure that he hadn’t asked for...

Lovely details place young readers right into the setting of All Hallows’ Even (which we know as Hallowe’en), with a suitably eerie atmosphere and an uncomfortable amount of danger. But the peril is too great, the Witchfinder and his men can’t be overcome by two mere cats, even talking ones. Inevitably, Max is sent back to his own era, to plan and return to defeat the Witchfinder. Now Max has the reassurance of Jemima, Joe, and brainy Charlie on his side! Watch out, Witchfinder. Max will be back!

... Max’s Hallowe’en Adventure is a delightful and deliciously scary prelude to the next adventure."